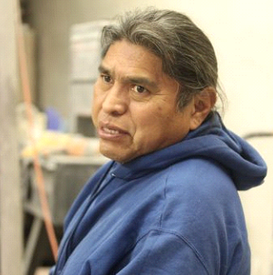 ​Cliff Fragua is a Jemez Pueblo sculptor and stone carver. He is the only Native American sculptor to have a work installed in Statuary Hall of the United States Capitol; it is the second of works representing New Mexico and the 100th and last of these works to be added.
He learned the secret of stone through his cultural and ancestral teachings.  Based in Native American themes, his work shows pride for the Pueblo culture and a deep understanding of the inherent spirituality of the stone.  He has chosen stone as his medium of expression because it is a combination of the basic elements of the Earth.  He feels the honesty and purity of this most basic material permits him to express himself from his heart and expresses the spirit that Native people respect and revere as embodied in the stone.
Since 1974 when he created his first stone sculpture, he has created a significant body of work that keeps evolving with new influences and new interests.  His sculptures are featured in such public locations as the National Statuary Hall, Albuquerque International Airport, and in permanent collections throughout the country.  He has been included in major invitational exhibits and one-man shows in leading museums and galleries and has earned highest honors and awards for his sculptures. 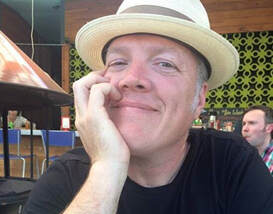 Cody Vance https://www.codyvancesculpture.com/about
​
​In a nutshell, I’m a renaissance artist in the fact that I’m skilled in many mediums, changing styles and processes at will to suit any number of ongoing projects.  My current immersion is in oil-based clay sculpture for bronze casting with the target of monumental public or corporate sponsored sculpture. I’m an Air Force Veteran artist working as a Medical Illustrator at Lackland AFB and volunteer with local non-profits, helping where I can to promote the arts and benefits of a creative life. My additional affiliations are the Air Force Art Program, Texas Sculpture Group, and Texas Society of Sculptors.

One of the many avenues that keep me creatively busy is commission work for fine art collectors. I feel this path is the most intimate and responsive to an individual’s artistic vision. Starting with the initial concept and design I work closely with the customer to create a one of a kind piece for their interior or exterior space.